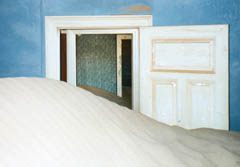 I’m not gonna tell anybody how many drafts I wrote but I can tell you it were a lot. Five minutes ago I finshed the final draft. Thinking back of all the houses in which I’ve been writing, all the problems, all the meetings, the co-writers, scriptdocters, friends and enemies who have read the script and gave me feedback… Now, after eight years, it is ready. The result consists of 144 scenes that will be worked out into a full length feature film. 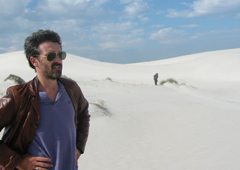 Last week I’ve had several meetings with Guido van Gennep, my cameraman, we watched loads of very different films in our search for the right tone and looks, and we think we’ve found the right approach. Meanwhile in Cape Town Mickie had another casting round and she told me she might have found the boy who could be the River character. But for now it is not yet sure when exactly I will go back. European summer holidays slow down the process we’re in, but I learned one thing: making a film means waiting a lot.

For the dutch film magazine Skrien I wrote a diary of the first casting round for River.