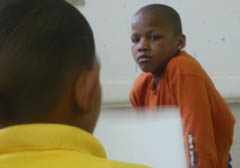 I really thought I had found the little boy actor, but during the last few days, when we organised a series of ‘tests’, nearly all the results were negative. The boy River in the film is a leader; he needs to have a natural charisma. During the first two casting rounds the little boy was at ease with the other kids but, amidst a group of adults or with animals he suddenly changes into a shy little kid. I’d hoped so much I would’ve found him before I return to Holland, but I don’t think I manage. Mickie, my assistant, who has a lot of experience with casting children, will continue the search. She understands what I’m looking for. 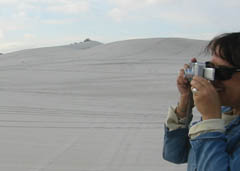 Today I went with Birrie Le Roux, the production designer, to Atlantis. I showed her the valley I’ve chosen. In the sand we drew the outlines of the houses. Slowly the first image of the village we’re going to build starts to appear. 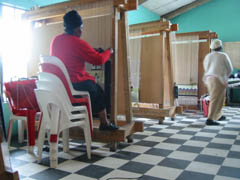 And for the fans of plastic chairs, a series from Cape Town and Khayelitsha + Atlantis .