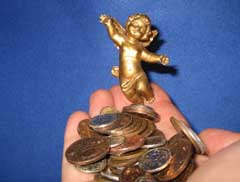 My African film project, ‘The Bird Can’t Fly’, has again a delay. It is hard to except but I learned by now that making a film on this scale is a time consuming job. But instead ‘War for a Kiss’, the other project, is taking off. Yesterday ‘The Dutch Film Fund’ told me they’re going to support the next step and today the Dutch embassy in Deli told me the same. This means I can move forwards with full speed. But I’ll have to finish my other projects before I can dive deep down into the world of Bollywood.