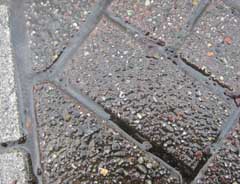 …where are the real men!!! On every application I made the filmfund initially said ‘no’. And every time my producer and I protest. Because we think it is a bit weird when most of the budget is done and everybody who read my script seems to love it and tells me it is very original and special this fund constantly refuses to support me. Especially because we only ask their support for not even 7% of the total budget.
But today it was not about my Melody script but about the development for my cross-over Bollywood film script. Again my producer and I went to talk about the rejection. During the meeting it became clear that the filmfund thinks it is a wonderful plan but to complicated, and therefore is so kind to protect me against a failure. ‘Because,’ as they told me, ‘if you make one big flop you can never come back to us.’!!!!!
I didn’t know that the task of the fund was to protect me; I thought it was there to support film makers. I’m shocked by this paternalistic behaviour.
But we got a good advice. The fund is starting a new section: the artistic films! They told us to send them an application. Don’t worry, we will.
After this tarnishing discovery I had a nice lunch with my publisher, who at least can take his own decisions, likes to take risks and is not afraid of doing original and extreme things.