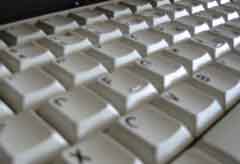 Another draft! I’m working on this filmscript for my Melody film much longer than is healthy for a human being (in general but especially for me). At the moment I’m even afraid to write another draft. Will I have the same passion as when I wrote the other drafts? I can’t stop now. We are so near to the pre-production phase. I’ll have to go on. But how? Monique, my producer, came up with a very good idea. She suggested to ask another writer, one she works with, to write a draft. And afterwards I can rework it into my own style.
Monique is not a woman of many words. On the moment I agreed she already had the telephone in her hand and called Dictynna in England.
And that’s happening right now. In a few weeks I’ll get it back.