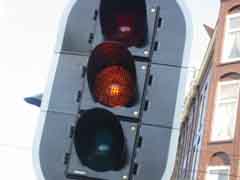 In this never ending story. After several phone calls on Friday and today (Monday) to the most “busy” office of the Netherlands my producer finally got the judgement of the appeal we did against the filmfund. They had to admit that the advises of their different committees were too inconsistent. But even so they didn’t want to give us the money we asked for and even more the required quality mark of Dutch cinema. I mean that if we get money to start the production our foreign partners can jump on board. Instead they gave us money to write another version of the script. It’s gonna be a very long term project. But I heard that finishing the script of Four Weddings and a Funeral needed ten years!!!
I hope I don’t need that long…!