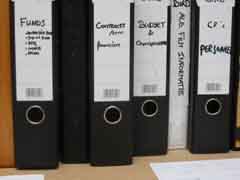 What happened before I started the weblog. Short summary of two years hard work and struggle. Two years in which I slowly discovered what it meant to make your first feature film. After many years of making theatre I wanted to make films. Quiet naïvely I thought I’m gonna make 15 features before I’m 60 years old. When I told people from the film-world they began to laugh. They all told me, without any exception, that making a film needs a lot of stamina. Later I realised that they were right. I started with a research trip. Then I studied in Holland, America and Australia. And in 2000 and 2001 I wrote the script. Writing a film script for the first time, and not in my own language, was not as easy as I thought. Especially with my limited knowledge of english and my background as an uncommon theatremaker. But my producers believed in me and supported me step by step in the making. I was learning while doing. And this will be the content of this weblog. You can follow me while I’m making this movie. 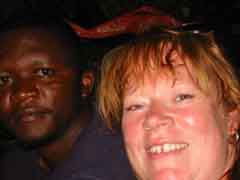 (my producers joel and monique)Of course a lot has happened before I started this weblog. I had another producer that went bankrupt. I started my own production company, found a lot of private investors for my film. Got a lot of refusals too. Began to understand that making film has a lot to do with business. Mainly I lost a part of my innocence regarding my idea of making 15 features. But I didn’t lose my faith in these projects.
The weblog start on the day that we go on our first recce.