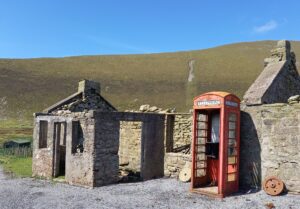 Foula; Britain`s most remote inhabitant island. They had told me this island was aging and on the edge of dying out. So I wanted to go there to collect material to make a podcast about a dying island. 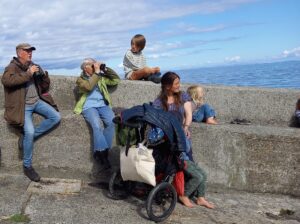 But the opposite was true. Instead of old people there were mainly young people and children. Life on this island is hard. It is difficult to reach, the climate is wet and tough, there are no shops or other services and because of the ever-nasty wind not much can grow there. (our luggage) 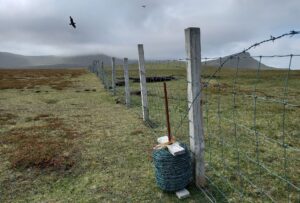 Summer 2022 just 28 people live here and they are convinced that they will live here the rest of their live. But interviewing them was complicated/impossible. 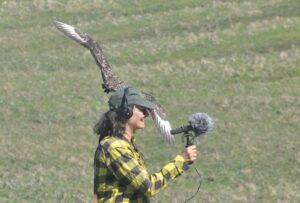 First of all, they hated microphones, because every year several journalists and artists come to the island thinking they are original by making something about the islanders. 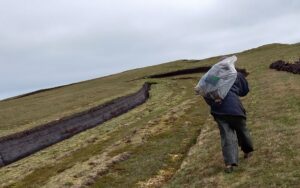 Secondly it was summer, the time in the year when all the jobs have to be done. 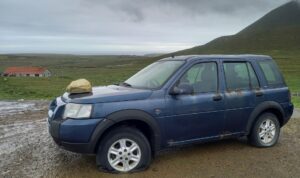 And thirdly they are hard core islanders. Which means they are shy soloistic survivors. 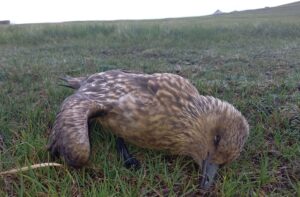 Besides all this, the island also turned out to be a bird flu hotspot. All over the island lay the carcasses of the Great Skua and Gannets. So it became a dying island after all. 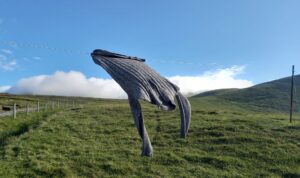 At the moment I’m working on this podcast and locked me in my editing room.