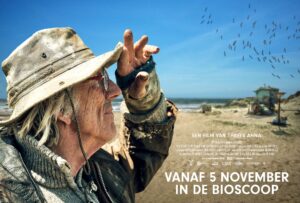 My new film ‘de Vogelwachter’ (the Warden) will have his Dutch premiere on the NFF on 30th September. The film is selected for the ‘Gouden Kalf’ Competition 2020. Five weeks later, 5 November, the film will be released in Dutch cinema. I’ll keep all my fingers crossed we won’t have a second Corona wave.