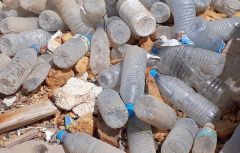 Life always changes, rotates and tilts. For a long time, extreme locations and people in overcrowded cities were my inspiration to create stories. But my interest is shifting to nature and its decline. My coming feature film is about a man alone on an island with only sea birds and another story deals with the life of a dairy cow. 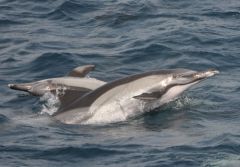 Last weeks I was the lucky one who could join an expedition on the African Atlantic, as part of the observation team. We sailed the ocean in the ship of the Mauritanian institute for oceanographic research (IMROP). The goal of the mission was to complete the map showing the distribution of seabirds and marine mammals in that particular part of the Atlantic Ocean. 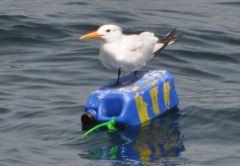 Beside the overwhelming beauty of the ocean with its dolphins, whales, turtles and birds, we were shocked about the amount of floating garbage. An endless number of plastic bottles and loosened buoys, which sometimes were used by birds to rest. For the fans of the most horrible chair in the world I did found some new good ones in Nouadhibou. The Anthropocene is celebrating its heyday.