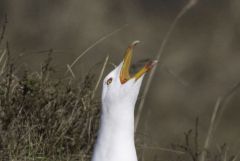 Making a movie is a time-consuming exercise. I always want to walk much faster than the bureaucratic machine turns. I had to wait months before I got the permission to make the penultimate step. But last week I got the yes! Which means that the Dutch Film Fund supports me, writing the final script (although a script is never ready till you shoot). I’m planning some days in which I’ll do improvisations with the main actor, before I crawl back to my writing table. 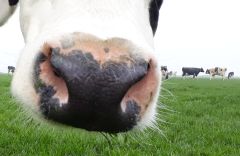 This last period I worked on my story about the ordinary dairy cow. I’ve been a lot on farms and mainly observed the social behaviour of this animal. As a fiction writer working on an almost non-fiction story is an adventure in itself. A tricky one in which I’ve to climb over high walls. But since the story is not ready yet, I’ll stumble on. 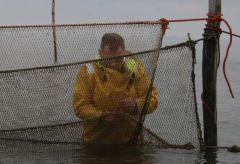 There is another non-fiction project which is steady going, already for more then three years. My long-term film docu about the fisherman, who I follow during his fishing season. March is always the period when I shoot the most, because that’s when they deploy the fyke. 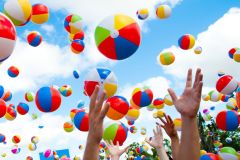 As an artist, it’s always a game how to keep all the balls in the air. I’ll just try – till I fall.