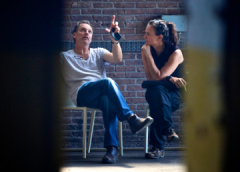 Because of all the circumstances (almost no time + almost no money) I choose for an unusual approach. 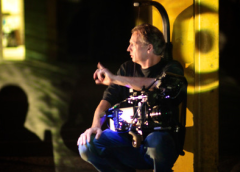 The film had to be a ONE SHOT – composed as a visual theatre, shown to only one spectator, the cameraman. It required a totally different direction of crew and cast. The text and music were the lead and on top of that I wrote a visual script timed on the second. 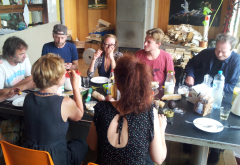 With a small group of visual artists (Thierry van Raay, David Louf, Saskia de Zee and Marco Broeders), we created a poetical world in which the performers (Udo Akemann and Brigit Defaix), a dancer (Bastiaan Stoop) and Thé Lau acted the story. The D.O.P. (Richard van Oosterhout) had to carry a 15 kilo camera for 40 minutes while moving in and out spaces, corridors and rooms, always focussed on the scenes above him, under him or in front of him. 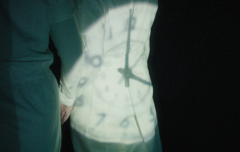