Making a ONE SHOT film doesn’t mean you’re done after the shoot. There is no editing, but there are lots of others things to be done. Colour grading, credits (always a delicate job), subtitles and organising the premiere, which will be on 25th September on the Dutch Film Festival. 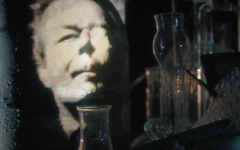 Because this film is made with an extreme small budget, we have to improvise everything, ask for favours, and work in the afterhours. Without the support of many people and companies this whole project would never have been possible. The little money we had was subsidised by the TAX Videoclipfonds and Amsterdam Fonds voor de Kunst. 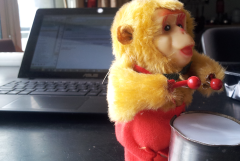 Flying high, which I was doing during the making of the film, means also landing again. I try to return to the writing of my new novel, but small affairs and unfinished business absorb almost all my attention. In between I clean my studio. I’m gonna start again at page one, slowly trying to dive deeper and deeper.