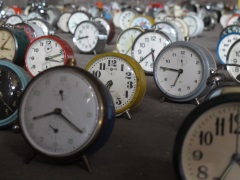 I’ve been in a rollercoaster the last weeks. And I’m still flying in a surreal time! 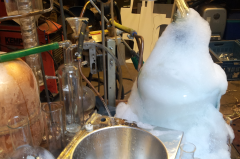 The past weeks we prepared in Amsterdam North the building up of the set. In the fantastic workshop of Thierry van Raay (the production designer) every day new images and special effects were created. 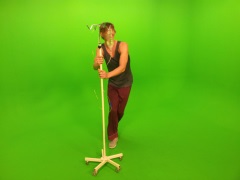 At the same time I was rehearsing with Bastiaan Stoop (dancer from the National Ballet) en Udo Akeman (performer), while David Louf and Marco Broeders were designing their projections. 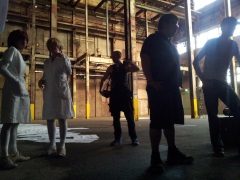 We found a fantastic location, an old sugar factory where we could create several worlds to make the ONE SHOT movie Platinum Blues. 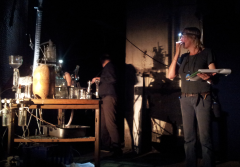 One shot of 40 minutes needs a lot of rehearsing and preparation. I wrote a very detailed schedule for all actions and scenes, because all special effects and cues have to be exactly at the right time. And Anne van Dongen was my fantastic 1st AD. 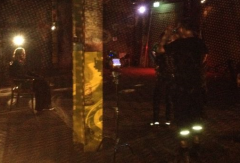 Richard van Oosterhout (the cameraman) had to carry a 15 kilo camera while running in and out spaces, always focussed on the shot which was sometimes above him, sometimes under him or behind him. 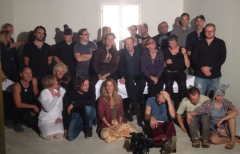 I want to thank the cast and crew for all their fantastic input and work. But most of all I want to thank Thé Lau for his fantastic music and the opportunity he gave me to make this film. Coming week begins the post production because soon the film has to be ready. The premiere is 25 September at the Dutch Film Festival.