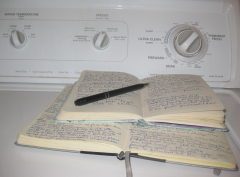 For six weeks I’ve been researching active retirement communities in Florida. I filled two notebooks entirely. Every day I was surrounded by people who try to make the best of what they call here their golden years. 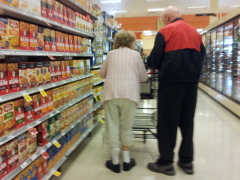 Last two weeks I rent a house in Sun City Center, one of the oldest active retirement communities. This was noticeable in the average age of both the residents and the buildings.

But this was not the biggest difference with the one before. Also here people under 55 are not allowed to live and they too have many clubs, pools, clubhouses and all sorts of services. 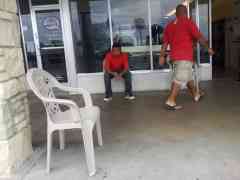 The remarkable difference was that I didn’t feel like living in a bubble. This society seems more integrated in the real world, even if that world is a few miles away. 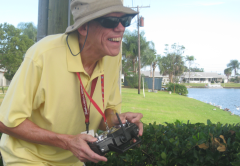 Or is it me… am I getting used to the life of these retirees? A life which makes them feel younger and live longer, where nobody can be bored because there’s always something to do? 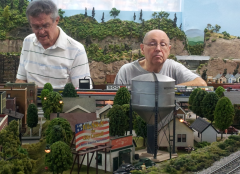 Most people here are predominantly active from 9 to 5, but now without the pressure of their former bosses and chiefs.
All these people that gave me a real inside in their lives I want to thank. 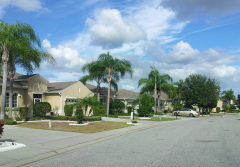 In a few months, when I’ve digested all this information, images and feelings I’ll start writing my new novel… which of course plays in a retirement community. 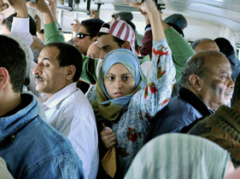 Tomorrow I’ll fly back to cold Holland. But just for a very short stop before I fly to Cairo where I’ll give a master class, and where my film ‘Silent City’ will be shown on the most leading Women Film Festival in the Arab world. 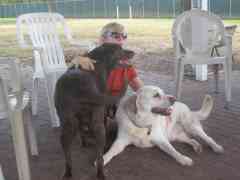 And for the fans of the most ugly chair in the world, here some new ones from Sun City and some from outside Sun City. 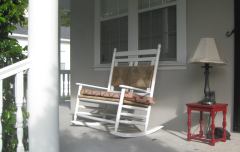 For the first time, in this almost 10 year old project, I’m gonna make an exception. I made a site trip to Celebration the ‘ideal’ town created by Disney. There are no plastic chairs but almost all houses have a rocking chair on the porch! 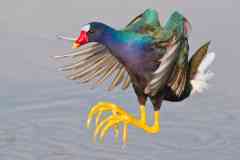 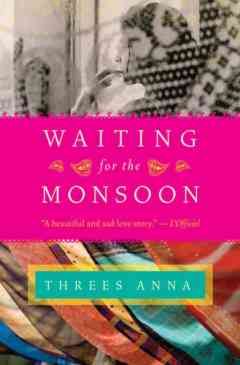 Just heard that my novel ‘Waiting for the Monsoon’ is on the longlist of
Dublin Literary Award. The books were nominated by libraries in 110 cities and 39 countries worldwide, 41 are titles in translation (like mine!)