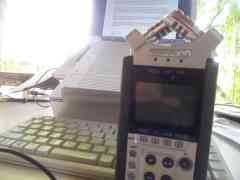 My atelier changed into a sound studio, but without the sound engineer. It’s just me recording the stories I wrote last winter. In a few weeks we’ll do the first tests in KunstFort Asperen, where I’m working on a big art project called OOR VAN STEEN (Stone Ear). In the meantime the other people of the team are preparing their part of this project. And when it will all come together we’ll see if it really works. 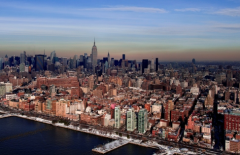 I’m invited for a promotion tour through the US with my film ‘Silent City’. It’s really gonna be state-hopping: from California to Louisiana. From Utah to Iowa to Colorado. I’m going to see many places I’ve never been before. I’m proud my film is going to America, but I secretly hope that one day it will also go to Japan. 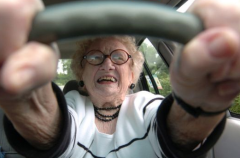 On the side I’m preparing my second America travel to Florida, the research for my new novel this autumn. I haven’t been in the States for a long time and suddenly I go for almost three months! 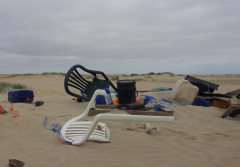 And for the fan’s some new plastic chairs in Holland. And you can always follow me on twitter @threesanna