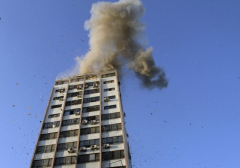 While I went to Germany for the next film festival I left Israel while the first bombs were falling. I deeply wish this unsolvable problem will stop one day. 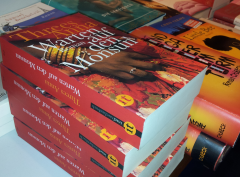 In Germany my film ‘Silent City’ drew a lot of audience and the final day of the festival we got the Cinema Owners’ Recommendation (Empfehlungen der Kinobetreiber). It would be fantastic if ‘Silent City’ will be distributed in the German cinema. I hope Germans like it as much as they do my novel ‘Waiting for the Monsoon’ (Warten auf den Monsun), because all bookshops I saw had this book. (Interview Deutsche Welle) 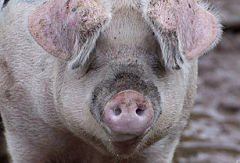 Coming week I travel to France. Past years I’ve done a lot of research for my novel ‘The Last Land’. One of these projects: ‘to learn how to butcher a pig’ couldn’t happen because I was shooting ‘Silent City’. Now I’m going back to France where I join a local butcher, who every autumn slaughters his own pig and processes it into chops, tenderloins, sausages, black pudding and hams.