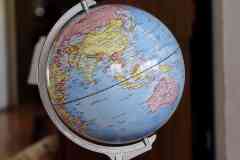 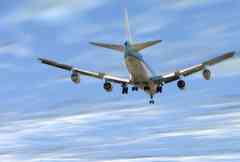 Next week I’ll fly from Tel Aviv to Germany, where ‘Silent City’ is in the international competition of the Film Festival Mannheim-Heidelberg. Again a very full programme, for the film will be screened six times. ‘Het laatste land’ (The Last Land), a story in which also a globe plays a mayor role, is in the bookshops and the first reactions are coming in. Read the first enthusiastic reviews. So if you don’t have the novel yet click here. 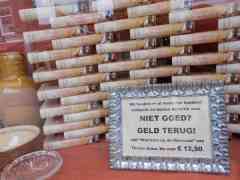 And for them who haven’t read ‘Wachten op de moeson’ (‘Waiting for the Monsoon’), see this shop-window in Sassenheim…