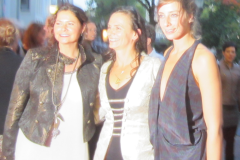 Together with a lot of the crew and the cast we had the second premiere on the NFF. We received a standing ovation for our poetic film. I hope soon all the other crew and cast members will see the film. But when you have 17 different nationalities in your crew and cast it can take a while! 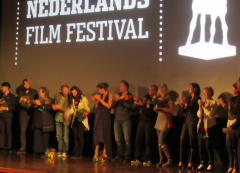 Coming week the film will be screened in the cinema. Since it is an arthouse movie, it will be distributed very small. For locations check the official ‘Silent City Site’. Beside that there are several special screenings, like the opening of the Japanese Film Festival in Rotterdam, the special Texel premiere and others.