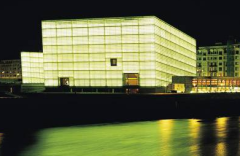 My ‘child’ has seen the world. I was very nervous and punished myself by wearing high heels, but it’s worth the effort. The queue was long and the big cinema was sold out. When the film started I could hear my own heart beat. I tried to listen to the reactions of the Spanish audience on the film festival of San Sebastian. Soon I could relax, they laugh at all the right spots and they quiet down when we hoped they would. 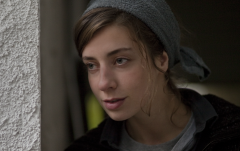 My film is not a mass-produced article. It’s a poem with one young actress, Laurence Roothooft, in every scene. She stole the hearts of the public and the applause she got almost didn’t stop. I was so proud. We had several screenings, followed by a Q&A (question and answer session). It was lovely to hear the reactions and to clarify certain things, or even to tell the little secrets every film has. 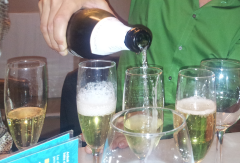 We went to Spain with a small group, the producers, the editor, the lead actress, the head of EYE international and our beloved ones. A lot of the time here we filled up with eating and drinking: lunches, dinners, having official cocktail parties and drinking champagne, always accompanied by the delicious tapas from this culinary heart of Spain. (photo’s premiere)
In an hour we fly back to Holland, where at the end of this week will be the Dutch premiere.

And for those who like the read the live report of the last days read my tweets @threesanna.