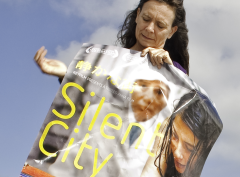 The weeks are filled with giving interviews and photo-sessions, filling in forms for festivals and preparing the premieres of the film ‘Silent City’. For there will be 3 premieres: the world premiere at the San Sebastian International Film Festival in Spain, a week later the Dutch premiere at the Dutch Film Festival in Utrecht, and again one week later there will be a premiere on the island Texel where I live.

At the same time Barbara Fasting, who has translated my previous novel ‘Waiting for the Monsoon’ so fantastic into English, is working on 20 pages of my new novel ‘The Last Land’ for foreign sales. It is so special to read your own story in another language and of course I hope this novel also will travel the world. 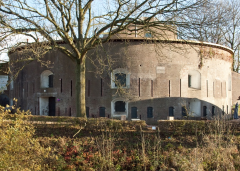 I’ve started a new project. I’m invited to be the curator of KunstFort Asperen 2013. This huge fortress built in 1845 accommodates every summer an art exhibition. Coming year I will create a quite special exhibition. Right now I can’t tell you much about it, but it will be a experience, that’s for sure. 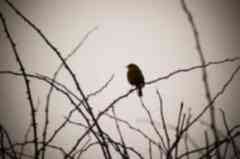 And of course you can keep following my on twitter @threesanna