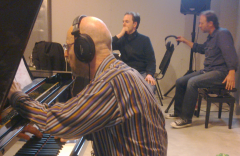 We’re in the last phase of the making of ‘Silent City’. Coming week we’ll start the sound mixing with our huge collection sounds. Yesterday we recorded the last dialogue dubs and the piano music. When the making of a film story reaches its end there’re always hundreds of little problems to be solved and our discussions go about extreme details. 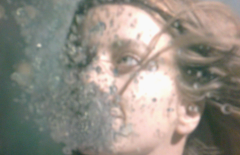 Also the complicated VFX-shot (visual effect shot) reaches his end. Like the sound design this single shot too is built up out of numerous layers (see some on the photo’s). When the movie will be screened in the cinema no-one will ever realise each second was carefully build – in the end it’s just the story… 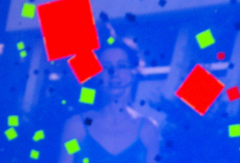 The colours are marks for floating objects. 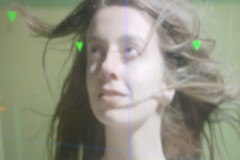 The marks are to stabilize the shot

To create the water surface