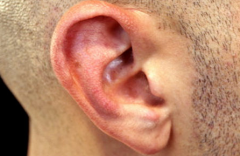 The past month we focussed on collecting and gathering all sound ingredients for the the film I’m making from my novel. The beauty of film-making is that you must tell your story in many different ways. First as a written script, then on the set with the actors, followed by the actual picture montage and coming month during the mixing of the sound and the music. Every little crack or drop will gain its reason of existence. 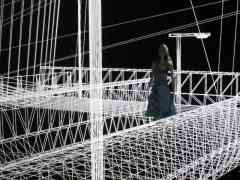 In the other studio they’re continuing their work on the ‘Water Shot’ – an extremely complicated visual effect shot. It’s the most expensive shot in the whole film and they have to build it entirely. 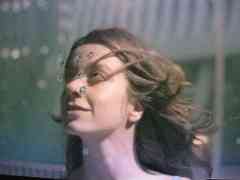 Every time when I pass by to stay updated with the progress they are a step closer. But we’re not there yet. 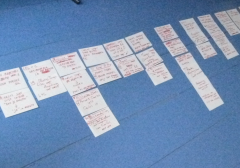 From the sideline I’m helping developing a new script with my approved method ‘The Cards’!