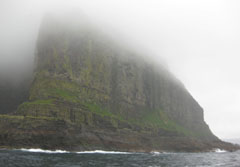 I went by boat to the remote and tiny island of Mykines, with only a few inhabitants and millions of birds. 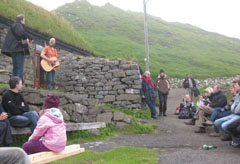 The reason why I’m here is for the yearly puffin catch, for centuries their main summer dish. But when I arrive the birds are not there yet. Instead of them there is a music festival going on… This Faroese musicians seem to fly faster than birds. 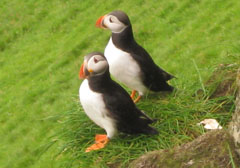 But in the night the first flocks of puffins have landed. During the day this amount grows. They sit on the rocks, float in the sea, flight through the sky in circles and hide in holes in the ground. They come with millions and millions. 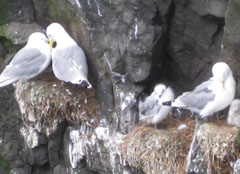 There are not only puffins to see, but also huge groups of gannets, kittiwakes and the national bird of the Faroe Islands, the oystercatcher. It’s an ornithologist’s paradise. 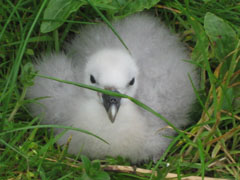 Everywhere are nests and the birds seem not afraid of me – a human – wandering around.