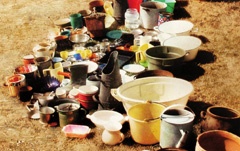 It took a while but my new film-plan ‘Waiting for the Monsoon’ gets financial support of the Dutch Film Fund. This is fantastic because it means I can really take the time to go deep. The novel, an epic story about the impossible love between Charlotte, a British lady, and Madan, an Indian tailor who can’t speak. The story takes place in India and covers almost a century. In the film I want to focus much more on the two main characters. The intended actors are Barbara Hershey and Naveen Andrews, but before they can say ‘Yes’, I’ll have to write the script! So that’s what I’m doing.