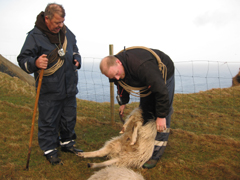 I have been on the Faroe Islands for almost 4 weeks. In these weeks I met many people and I want to thank all of them. The head of national tourist information, the several managers of local tourist information centres, two skippers, a captain, two nurses, a weather surveyor, several artists, many cow and sheep farmers. 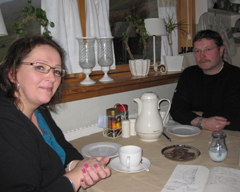 But also some sheep owners, students, a curator, a bank employee, a carpenter, three teachers, some children, a bus driver, a hairdresser, a milkman, three policemen, retired and active, four journalists, a previous doctor, a taxi driver, a boat builder, a singer and songwriter, an internet communication manager, a biologist, an oceanographer, a coffee bar employee, various directors and managers of companies, like electricity, telecommunication, innovation, communication and fishery. 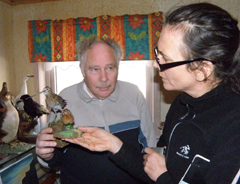 A professional swimmer and his trainer, a taxidermist and louse collector, shop-assistants, entrepreneurs with and without big dreams, a professional brainstormer, a hotelier, a historian, three professors, a salvation army officer, two cooks, a warder, a dog trainer and marathon runner, a weatherman, three immigrants, a secretary and a former customs officer. 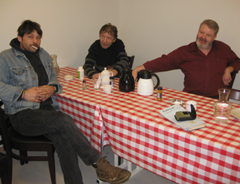 Some were in my blog but many were not. I spoke with people who have been living for a long time in Denmark and people that never have left the islands. I was invited on several diners and birthdays. I went to Faroes dancing and to a knitting club. They opened museums specially for me because it was winter. I saw factories, churches, graveyards and swimming pools.

The boat that brings me back to the continent is waiting in the harbor. In summer I’ll be back to do the second part of this research. It’s strange to go home, these islands stole a bit of my heart. 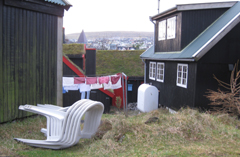 And for the fans a winter series from the Faroe Islands