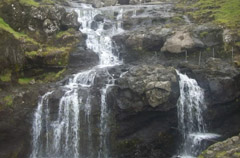 One thing I’m obsessed with is the amount of energy they have on the Faroe Islands. They are mainly depending on imported oil. I had a meeting at the only electricity company they have, a non-profit organization which have the monopoly. They told me that in an extreme situation they will run out of oil within three months. What is left, is the water and wind energy they produce. Or will they go back to burning peat like in the old days? 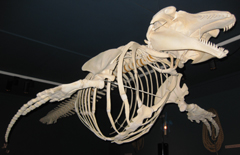 The food too is primarily imported. This doesn’t count for fish, sheep meat, milk and pilot whale meat. Today I met Dorete from the museum of Natural History. The whaling causes a lot of resistance from other countries but I think not many people realize that they are keeping precise statistics of every whale they caught since 1584, they never caught more than needed for the consumption of the community, and they are not allowed to exploit it commercially.