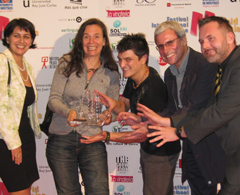 For the first time ‘The Bird Can’t Fly’ won the prize for the best film script on the Madrid-Móstoles IFF. I’m very proud and wish the book of the film will once be translated into Spanish to show that the novel is even better… On the moment it was announced there was a lot of confusion because the presenter didn’t speak a word of English and made a mistake in the following order of the prizes. I went back to my chair and had to return again to the stage, and still I didn’t know what they were talking about… Several people walked up and down the stage, while I was asking what was going on. Last but not least I’m flying home with a new award and 2000 euro prize money! 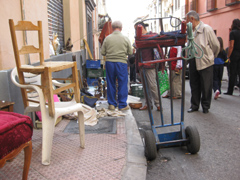 And for the fans! Here the new series of Madrid.