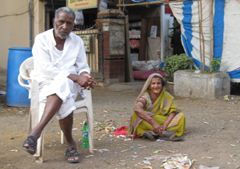 All of a sudden I’m in Bombay. I’m invited as a member of the jury of the Pune International Film Festival. I grab that opportunity with both hands, since I’m in the midst of writing a novel about India. What could be better as inspiration than to be back in the country for a while? But it took some hurdles before I, yesterday at 4 o’clock, finally got my ticket, which told me that I was flying from Frankfurt the next morning. The problem was, there where no more flights that could bring me in time. The only option was a taxi or the train. Since a taxi costs more than a return ticket to Bombay, I choose the train. 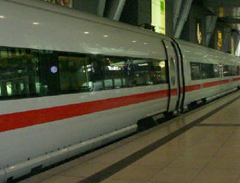 But the last train was leaving in an hour and a half. I had ten minutes to pack a bag for the coming two weeks. Imagine; there is a gala opening and closing, the day and night difference in temperature in Pune is 25 degrees (according to the internet) and I’m going as an official! I grabbed some fancy clothes, stuffed them in a bag, tried to print my e-ticket, but it didn’t work. With only my passport and the bag I ran to the crossing and grabbed a cap. At the station I had to fight to conquer a ticket, since it was the busiest weekend of the year. At the last second I could jump into the train. 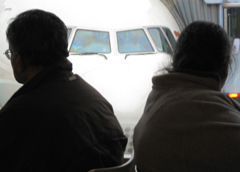 In Frankfurt the last shuttle to the hotel (which my brother found for me) just left, so again I took a cap. After a short night of sleep and a dirty breakfast, back to the airport, where they didn’t have my reservation. Several phone calls and consultations were needed before they found my name on a list. Before I finally could sit down in the promised business-class chair there was a serious delay, it was snowing! 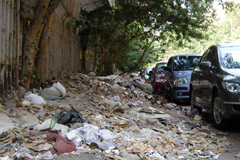 Bombay is warm and I’m muddle-headed. In a few days I’ll leave for Pune. First some meetings here in Mumbai, because there are still things I want to research for my new book and this is the perfect chance.