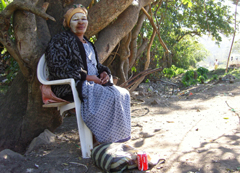 I’ve got such an extreme week in South Africa behind me. Not easy to forget. 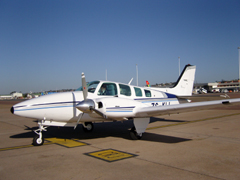 It all started with the amazing opportunity I got to be flown in a very small private plane to Port St. John in Transkei. Here I visited Barbara Hershey, the lead in ‘The Bird Can’t Fly’. (Photo landing-strip) 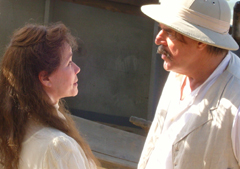 She was shooting the historical film ‘Schweitzer’ together with the Dutch actor Jeroen Krabbé. Not only visiting the set was great but also the flight. I persuaded the pilot to fly lower than allowed over one of the most stunning landscapes of the world, back to Durban, just in time for the South African premiere of ‘The Bird Can’t Fly’. Just enough time to change clothes and make my appearance. (photo = landings strip) 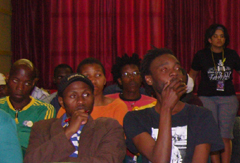 The following days I gave lectures, saw films, made new friends during the Durban IFF, till I had to go back to Cape Town for the cast and crew screening of the film. This was so special. All these fantastic people who worked with me to make this film. I was proud, proud to be there with them. Photo from Yusuf two years later! And now I’m back home, back to normal life! For the fans, check out the fantastic new chairs!!!!