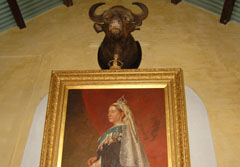 For three reasons it is fantastic to be in Coonoor. 1: the climate is wonderful. 2: a lot of British were living here and even a few still do! So I’m collecting loads of information. (photo: Victoria + Buffalo) But most of all 3: the people here are tremendous warm and helpful. The only disadvantage is the very poor internet connections. 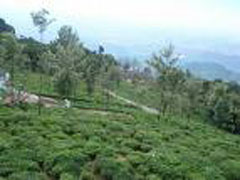 Coonoor is a hill station on 1850 m in the south of India. Everywhere around, on the rolling hills, are tea plantations, which originally were started by the British. Most of the British left after the independence, a few stayed. I’m trying to find out as much as possible about their lives. I spoke with several people; businessmen in tea, their wives and their kids, a professor, a hotel owner and his manager, an archivist, an old colonel and his wife, a pensioned politician and his wife, a rickshaw driver, a Chinese restaurant owner, a drunken partygoer, an old woman of 95 who had an English mother who was born in India and a 93 year old English missionary who never returned to England. 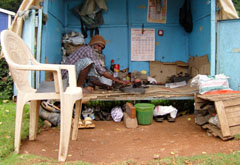 In every meeting I collect little bits and pieces. I’ll stay here one more week and hope that I can get deeper into my subject, because as a Dutch woman it is not always easy to understand how and why the Indian society function as it does.