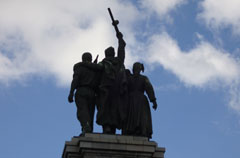 For the second time this week I had to wake up before 4 a.m. , jump in a cab and race to the airport. I’m back from the Sofia International Film Festival. A sweet festival in a city full of contrasts. The old socialistic architecture is covered with graffiti. The new rich are driving their SUV’s passing by old people desperately searching for some supplementation for their pension in the garbage containers. Behind the grumpy faces of the people on the street I find many warm and gentle people. 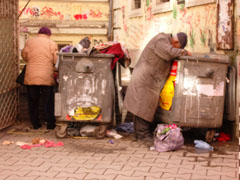 The Bird Can’t Fly‘ was the first film of the competition that was shown to the audience and the jury. Next week will be the outcome, when at the same time my film will be on the a International Film Festival in Guadalajara. But I won’t be there. I have to finish the packing of my suitcase for the coming 6 weeks. Tomorrow I’ll fly to Bombay where I’ll start the research for my new novel. 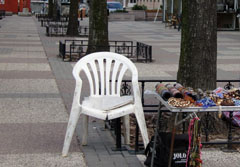 for the fans some new chairs.