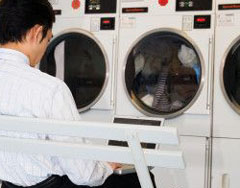 Soon I’ll be off to India, where I’ll start an intensive research for my new novel. In India my team is preparing the complicated trip. Before I leave I’ll have to go to Sofia, because our film is in competition at the international filmfestival over there. Therefore these days are filled with a 1000 different things I have or want to do at the same time. Also because coming weekend I’m following a masterclass from Ken Dancyger, who knows really everything about film genres. 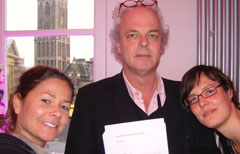 I like to introduce you to my new producers: Hanneke Niens (formerly IDTV Film) + Hans de Wolf (formerly Egmond Film), who start together the new company Keyfilms, that will produce my next film ‘The Silent City’. On the right Lotte Niks, their jack-of-all-trades.