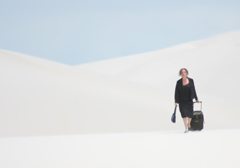 I can’t get used to the pace the editing imposes on me. My blood still wants to run with the high speed it is used to. So beside the editing (we are half way) I’m also preparing and planning future projects. I still have to finish the novel of the film and I’m applying for subsidies to start developing a new film script. I feel a bit strayed between all the things I want or have to do. But there is a much more important thing lost! An entire scene, one long shot on 35mm, is lost (see photo). It’s hard to believe but even after two weeks of intense search, in Holland and in South Africa, the role did not appear again. Not. We have to re-shoot! 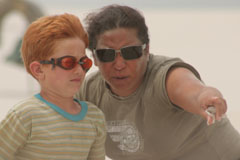 I have updated my site have a look at photo’s from the cast and crew, stills from the film, the building of the set and how we fought the elements during the shoot.