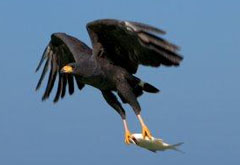 I always thought that if my film is not gonna be made I’ll rewrite the script into a novel. When I told my producers about this idea, they reacted enthusiastic. And so did my publisher. So right now – before the supposed pre-production of my film is going to start – I’m going back to France for a month in total isolation to try and write the novel ‘The Bird Can’t Fly’. It’s a good way as well to explore the characters and develop them deeper. 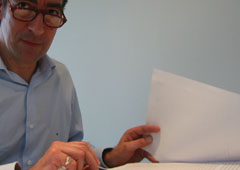 From the fish story to the bird story… The weird thing is that I finished the rewriting of ‘De stille stad’ (The Silent City) only just today. At three o’clock I handed the manuscript over to my editor (photo) and coming Friday I’ll start the next novel. I’m excited about it but I’ve no idea if I’ll manage.