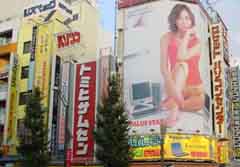 For one month I didn’t write a weblog. I absolutely wasn’t in the mood. The extreme slow pace in which my film project makes any progression sucked all energy out of me. Apart from that I agreed to coach and direct several small projects, which made it impossible for me to leave Holland and go somewhere to write in solitude.
But the last few days many things happened at once. Barbara Hershey’s agent and my producers came to an agreement. The shooting date got postponed to November/December this year. The Dutch Film Fund suddenly came back as possible financier in the film, and I had to sign a new contract with my producers. I rounded off all small projects. 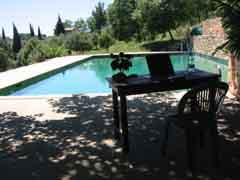 So tomorrow I’m finally gone, back to the small house in the South of France with the amazing swimming pool and the thousand spiders, where I wrote Motormoeder. I’ll start working on my third novel. My bag is packed with books and paper; I hardly can lift it. The story will deal with a woman who’s lost in a foreign metropolis.
I won’t have the chance to write it in one go, like I did with Motormoeder, for in July I’ll have to leave for Australia, where I’ll be one of the facilitators of Time_Place_Space, a professional development laboratory based in Adelaide, that enables Australian artists to explore new methodologies and practices in interdisciplinary arts, with an emphasis on performance. Apart from the teaching and training, I’ll give lectures about side specific theatre in Sydney and Perth.