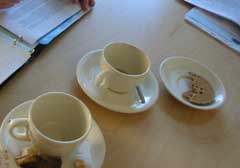 After some lousy weeks, in which I was fighting a nasty microbe I got in India, I’m back on my feet.
Immediately my producer and I had a meeting with the artistic adviser of ‘The Dutch Film Fund’. This adviser has his own budget and is exclusively supporting artistic films.
This doesn’t mean these films are not commercial; they are just more original in its form. My film ‘War for a Kiss’ is a crossover film with an indo-western plot. It is an adventurous, satirical musical about an innocent girl ravished by the city Bombay. 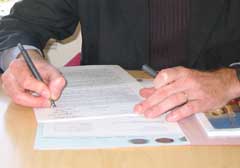 (The supporting hands)
The artistic advisor loved the work I did in Bombay and will financially support the next phase of ‘War for a Kiss’. He realises, like I do, that this is a very extreme project for a Dutch filmmaker and making this film will only be possible with a good network in Bombay, but he believes in it.
So you will understand I’m dancing and don’t feel the cold wind that blows through the streets of Amsterdam this very moment.